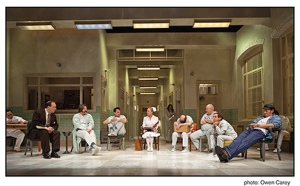 A Recasters Anonymous Meeting… would you be in it?

Me: Hi, my name is Cecilia… and I am a recovering recaster.

The above scene is, of course, fictional (though I fear many teachers would want it to be true). I was a recaster. A true one. I believed in the effectiveness of recasting, for all students. I did, because I was taught to. People told me it was the non-threatening way of correcting students. It’s how you should do it in the Communicative Approach. And I did it. I did so much and for so long it became part of me. And then one day (Really? Just like that?) I questioned it. Ok… maybe I’ve been questioning its effectiveness for a few years. Maybe not its effectiveness (period/full stop), but rather its effectiveness on every student. I just didn’t think most students realised I was correcting them when I recasted… And since they didn’t realise they were being corrected, they never acknowledged they had made a mistake. So, even though I had my doubts, I kept doing it – maybe not as whole-heartedly.

It all changed about a month ago, after I attended IATEFL. As I have mentioned in this blog, this year’s IATEFL Conference (and a few of the talks I attended) left me with a sense of direction. With a feeling of more freedom. Freedom of being a teacher. Freedom of doing what I think is best for my students, no matter what approach is in vogue, or is adopted by the school where I teach. (You can read more about this feeling with my post IATEFL post).

Well, ever since I came back from the conference I have noticed myself stopping my impulsive recasting more and more. Not only because of the talks I attended but even more so for the conversations I had on the topic. Better (?) yet, I have seen myself consciously pointing out the student’s mistake (not when fluency is the objective, unless fluency is prevented by accuracy – or lack of accuracy preventing proper understanding) by saying: “the correct way to say this is…” or  “That is not correct. Why don’t you say…”. And you know what? It works! After doing that for a couple of weeks a few students voiced their feeling I had been correcting them more – and their approval of it. So I asked them (even the groups who hadn’t expressed their noticing of my change in behavior) if they preferred it that way – and I explained recasting (the previous method) – and they said that most times when I recasted they didn’t notice they were being corrected. But when I pointed it out they did, and they liked it better. They felt more progress, more learning. At the same time, a few students recognise recasting and see it as a correction. But in my case, these are a minority.

My point in this post is actually a question to ELT teachers worldwide: Do you feel your students pick up recasting? Because I feel most of mine don’t. And yes, some students might be (initially at least) a bit taken aback by a blunt/on-the-spot correction. But my feeling is that at least this way they understand they did not effectively communicate, and may be more aware of the mistake on other opportunities.

I was observed by a teacher trainee (who is taking classes at the Teacher Education program we have in the school I teach) on a class recently (in an A2 group) and at the end she asked if the way I corrected the students did not embarrass or shy them away from speaking in class. Knowing where she was coming from (taking a basic Teacher training course) I asked her if she was wondering why I had done explicit correction instead of recasting with the group, because I know recasting is the oral correction tool of the communicative approach. She said I was right and asked me to justify my choice it. I asked her if she thought recast worked with everyone – a question she didn’t immediately answer, but rather just stood there, looking pensive . I said that I tried to use it with the students I sensed it worked and I used direct correction with the others. I mentioned articles and studies and conversations I’ve had. She was happy (and relieved) to hear what I said. And so were other teachers that have observed me and approached me.

It seems people are waking up to students’ individual learning styles and needs. But how feasible it is when you have a large classroom? A multilingual, multicultural classroom? Does size matter in this case? Does anything?

I plan on conducting an experiment. A simple one. I have two very similar classes (same level, similar number of students – around 13 years old, A2 level). This week I’ll try to only correct their oral production by recasting on the first group and only by doing direct correction on the second. Then, on the end of each last class, I’ll ask them to reflect upon whether they felt / knew they had made any mistakes while speaking in that class (this will be done in writing, on little slips of paper, so that the students feel comfortable at being honest). I’m curious to see what I get! Stay tuned for the next episode on the recasting saga! 🙂

24 comments on “Hi, my name is Cecilia and I am a recovering recaster”